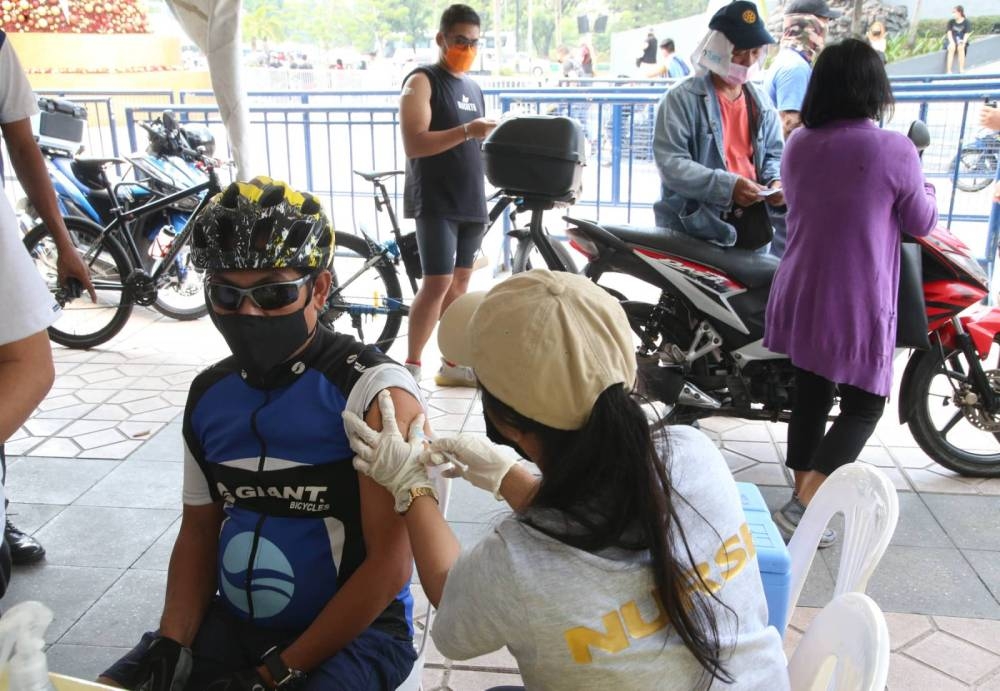 The government has pledged to vaccinate all Filipinos – Galvez

A cyclist receives a booster shot at the Manila Drive-Through Vaccination Center in Lawton on Saturday, January 22, 2022. PHOTO BY RENE H. DILAN

The government is fully committed to vaccinating all qualified Filipinos against Covid-19 despite the challenges it faces, said Carlito Galvez Jr., National Task Force Against Covid-19 Implementation Manager and Secretary of the vaccine czar.

He released the statement following the World Bank’s report that the country’s mass inoculation program “continued to lag behind”.

Galvez said several external factors have limited the government’s ability to maximize its partnerships with local government units and the private sector, which has consequently slowed immunization efforts.

Among them, the onslaught of Typhoon Odette in the Visayas and Mindanao and the upcoming elections.

“We should also take note that the factors affecting a country’s immunization program vary from country to country. Many of our neighbors in the region do not share the same challenges as us, such as the unique geographical landscape of our country being an archipelago of approximately 7,640 islands where delivering vaccines to remote communities can be a major logistical challenge, or be frequently hit by typhoons that leave behind a swath of destruction,” Galvez said in a statement. .

He added that the Philippines “has already learned lessons from previous surges such as the one caused by the Delta variant”, while ensuring that the country’s health system is now better prepared and better equipped to respond to such surges.

“Rest assured that the national government will continue to find better and more effective ways to improve our immunization program so that we can get the COVID-19 vaccine into the arms of as many Filipinos as possible as soon as possible, end to the pandemic and revive the economy of our country,” said Galvez.