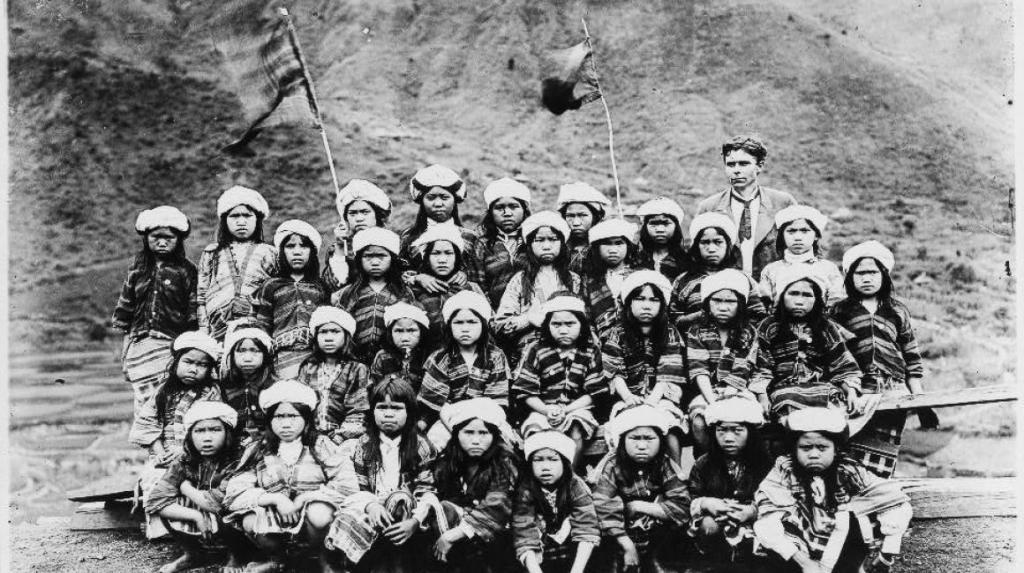 For the linguist Daniel Davis, English is a language that has traveled the world and evolved surprisingly wherever it has found its place. Like other sociolinguists, he often speaks of English, in the plural, or precedes the term with a modifier to designate the variety he is speaking of, for example American English, Scottish English, Indian English or Filipino English. It’s not just a linguistic idiot thing. For him, the plural better reflects how the language actually evolved historically and was shaped by all who encountered, adopted and shaped it. It also helps eliminate the lingering idea that there is only one correct English. “I taught English and linguistics in Hong Kong for eight years, and some students almost teased me that they spoke the correct English, because they spoke British English,” Davis says. “And in the late 1800s, New England English was seen as a model in the United States. So with language, what interests me is not models or accuracy, it’s variation and cultural identity.”

Davis’ work in this discipline of World English has focused on three distinct geographical areas: the various forms of English spoken in the British Isles and Europe, North American English people, and those who have found refuge in the Pacific, such as Hong Kong. and the Philippines. The latter is the subject of Davis’ most recent research, which he is now renewing in a second Fulbright scholarship, after his 2020 Fulbright was cut short by the pandemic. The history of English in the Philippines, where along with Filipino the language has official status, is indeed a rich history. From the mid-1500s until 1898, the Philippines was a Spanish colony, but after the American victory in the Spanish–American War, it became a territory of the United States. An important feature of this new period of American colonialism was American English, which, along with other subjects, was taught in hundreds of new public schools built in the early 20th century. As a result, says Davis, English spread rapidly across the country. He says records indicate that over 50 years, about a third of people in the Philippines said they spoke English.

So why has English taken hold so quickly in the Philippines? Davis says there are a number of factors. Some scholars claim that the Philippines adopted English as a symbol of 20th century modernity. English also provided access to education within the new American public school system, and knowledge of English was increasingly a gateway to new business opportunities across Asia. But he says another part of the story may be that the Philippines, historically, has always been a place where linguistic diversity has thrived. Long before the American (or even Spanish) presence there, the Philippines were already extremely multilingual. Due to its geography (the Philippines consists of over 7,000 islands), the country is home to around 180 different languages. “Everyone speaks two, three, four languages ​​– on a daily basis, depending on the social environment,” Davis explains. “For example, at the university where I was, a department administrator could speak fluent English at the university. But on the street, if she hails a minibus, everything will be in Tagalog, which is the main language spoken in Manila. But then, when calling her relatives in northern Luzon, she would speak to them in the local language, which is Ilocano. This kind of constant language switching is almost impossible for many Americans to imagine, but it is part of the routine of life in the Philippines.

All of these languages ​​not only coexist, but intertwine, and this is where the history of English in the Philippines gets really interesting, says Davis. Due to its roots, Filipino English, recognized by linguists as a distinct form for decades, is grammatically very similar to American English. But the pronunciations are different and its vocabulary is more extensive, thanks to words borrowed from the rich linguistic ecosystem of the Philippines. While in Manila in early 2020, before the pandemic put her Fulbright scholarship on hiatus, Davis got to experience all sorts of Filipino English words and phrases firsthand. In the university cafeteria, for example, everyone uses reusable containers called baunan, which are kind of like split reusable lunch boxes that you bring from home and then put your food in to take back to your table. . When he returns in January, he will prepare pasalubongs, small gifts that you bring back from a trip for your friends and colleagues. At the post office near the university, the sign indicating where to form a line reads “Fall in”, a phrase due to the long presence of the American army in the country. The day someone called him “kuya Daniel”, attaching the term of brotherly endearment to his own name, was definitely a highlight.

Undoubtedly, how to tell the complex history of English in the Philippines, as Davis hopes his research can help to do, definitely poses one of those challenges where to start. So Davis says he will approach the work in two directions: starting with the present and working backwards, then starting from the past and tracing history back in time. For the first, he will make many observations on the way English is used in everyday life and on its social and cultural value. On the historical side, he plans to dig deep into the unique collections of the Ateneo de Manila University’s Rizal Library, which houses the American Historical Collection consisting of tens of thousands of documents, photographs and archives chronicling the history of before and after the war. -independence American involvement in the Philippines. Additionally, the university has extensive records relating to early English teaching in the Philippines, including items such as textbooks that Filipino children are said to have used in the early 1900s.

“For example, I was looking at an education report from 1925, and educators were already realizing the need for culturally appropriate materials, maybe as early as 1907,” Davis says. “The very first English textbooks were imported from the United States, but almost immediately American teachers adapted the books to refer to the flora and fauna of Filipino life, and very soon a new variety of English – Filipino English – started to develop. And I just found it fascinating that they’re trying to rework the program. On the one hand, it’s an expression of resistance. But it’s also the expression of people who find use in the language and who clearly want to make it their own.