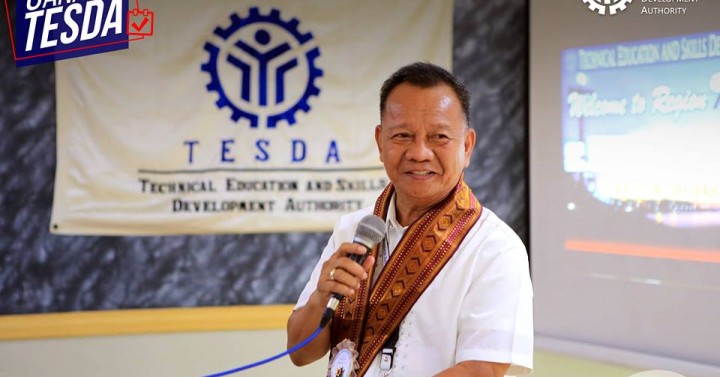 MANILA – The Director General of the Technical Education and Skills Development Authority (TESDA), Secretary Isidro Lapeña, said on Thursday that the agency was addressing the professional skills mismatch in the country.

This, after Senator Sherwin Gatchalian called on TESDA to address the persistently high rates of job-skill mismatch among technical and vocational education and training (TVET) graduates.

“TESDA management recognizes the existence of job and skill mismatches among TVET graduates, although the mismatch is not unique to this set of graduates, more so in the Philippines,” said Lapeña at the request of the Philippine News Agency for comment.

“This is quite concerning considering that TESDA’s budget has skyrocketed over the past 10 years. Currently, TESDA receives an average of around PHP 14 billion, pero mai mga report pa rin tayong nakukuha na 70 to 80 percent ng mg graduates ng TESDA nakakuha ng trabaho na hindi angkop sa kanilang naging pagsasanay o training (but we still receive reports that 70 to 80 percent of TESDA graduates have obtained jobs that are not suitable for their training), ”Gatchalian said in a press release Wednesday.

Lapeña said a global study by the McKenzie Group found that the mismatch between jobs and skills is “universal and affects both developed, developing and third world countries.”

He said that according to the United Nations Educational, Scientific and Cultural Organization-International Center for Technical and Vocational Education and Training (UNESCO-UNEVOC), there is a “horizontal” mismatch between jobs and skills when the type of skills is not suitable for the current job. , “Vertical” when the skill level is higher or lower than the skill level required for a certain job, and “geographic” when the skilled workers are based in a location other than where their skills are needed.

“It cannot be denied that much remains to be done to reduce the rate of job mismatch in the years to come. That is why TESDA is continuously tackling these types of mismatch,” said Lapeña.

He said that TESDA issued Circular 042 s. 2021 “Area and Demand-Driven TVET Implementation Guidelines” which supports the implementation of “area-based and demand-driven” policy direction at all levels of operations.

The policy direction consolidates the main TESDA processes leading to the development and delivery of TVET programs to respond to identified priorities and emerging competencies at national, regional and provincial levels.

“Since then, in developing regulations and training standards, TESDA has involved industry partners and employers to ensure that what is taught to tech-voc trainees are the skills needed by the industry,” Lapeña said.

He said another circular was issued this year to establish national and local industry councils to make the country’s TVET system more responsive to industry demands.

TESDA, he said, has also launched the ‘EBT to the Max’ advocacy to promote more proactive promotion of its In-Company Training Program (EBT) to industry partners to better prepare workers and learners in their respective regions.

He added that TESDA has also partnered with private companies and government agencies to give Filipinos better access to quality training and expand its reach to include more sectors of society. (ANP)

Dentists added as vaccinators for children and the elderly

Businesses Seek Continuity of Good Policies of Past Administrations – Manila…