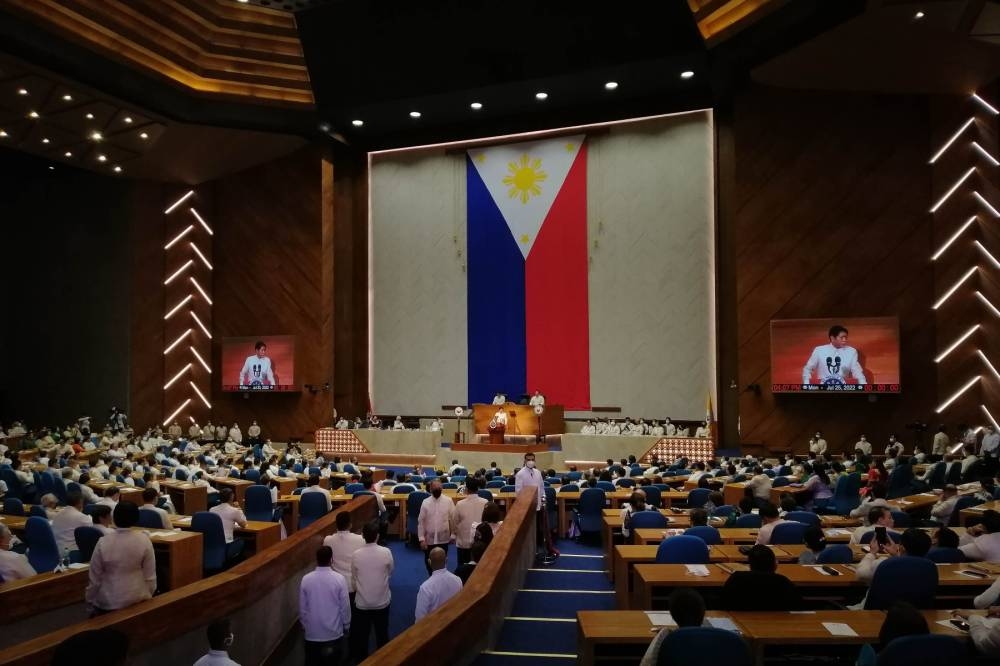 I didn’t have time to watch it because I was on two conference calls with customers who weren’t from the Philippines at the time. So my reaction is to the policy recommendations but not the delivery or the atmosphere. Others have, and I don’t need to add that kind of comment. There were a lot of substantive and political prescriptions, which was good. Most of what he said was about issues that were as expected, he addressed the most pressing issues and challenges we face.

I agree with most policy prescriptions and disagree with some.

Am particularly pleased that the President mentioned rail transport. I didn’t hear that the priority in the Philippines was my entire adult life. Railroads and trains seem like an afterthought and inherited issue here. In countries with extensive railway networks like the United States, United Kingdom and Germany, books and stories have been written about them and how essential they were to enable development and prosperity in the world. countrywide. How profitable and convenient is rail freight transport? Find out who owns one of the major freight rail companies in the United States, Burlington Northern Santa Fe Corp. or BNSF Railway. Warren Buffett’s Berkshire Hathaway bought it in 2009.

I am glad that the President does not limit his vision of transport and related infrastructure to roads, vehicles and buses. Mass transportation for goods and people is much more efficient and cost effective. While I agree with Build, Build, Build, can we also ask “what, where, and how?” Please, not just the tired PPP (public-private partnership). As I said, the private sector is better than the government when there is a profit motive and meets the existing demand. This is present in mature areas where service has lagged behind demand. It does not cater to purely developmental projects and infrastructure where there is frankly no profit and significant demand to be met. It is anticipatory and to stimulate development. Something progressive and forward-looking governments do. It must be GGG – government, government, government. Whether national, provincial or local.

I am also satisfied with the range of agricultural policies, including support for small farmers, self-sufficiency and food security. I’ve been discussing this for months and I’m glad senior politicians and the president understand the urgency and need for this. My argument against the lower prices and additional imports arguments is twofold and analogous to what happened with the Overseas Filipino Workers (OFW).

In the 1970s, there were not enough jobs in the Philippines to match the ever-increasing number of Filipinos entering the workforce, thus encouraging workers to go overseas for standard jobs, especially in the Middle East, was seen as a temporary expedient. Well, 50 years later, that doesn’t seem to be temporary, and now our economy and social peace would collapse without 20% of our workforce seeking and finding employment overseas. It is an economic drug to which the country is addicted. No matter the social cost and hardship. We don’t want population control yet. What could be more anti-family than separating husband, wife and parents from their children to prevent them from starving? Why am I afraid to drop or reduce support for farmers and food sufficiency in the country because too difficult and unprofitable is akin to what happened with the OFWs. First, it incorrectly assumes that domestic food production will remain at its level rather than wither away further as local manufacturing and jobs have done. Less support and economic rewards for those who already have literally backbreaking livelihoods will lead to what? More food production? Now that it has been shown that the challenges of ensuring an adequate food supply at a reasonable cost are far from obvious, do we have any other choice here than food security through local production?

I am also happy that he reiterated the importance of taking care of our OFWs. With a new Department of Migrant Workers headed by Secretary Susan Ople, it is hoped that it will be much more than a new bureaucracy. OFWs deserve nothing less.

On digital transaction taxes, I’m waiting for details, but it’s not exactly an outlier. Major platforms have accepted it in Indonesia, and they’re up in most of the western world. We need income, and that is commerce.

What doesn’t excite me too much? Here are the three issues I see as a potential distraction, then what I strongly disagree with, then one I really hope we don’t.

What about ROTC (Reserve Officers’ Training Corps) for senior high schoolers? Many countries like Singapore have more involved compulsory military service than ROTC. I don’t have a knee-jerk reaction to that. I’m from the generation where it was mandatory. The problem then was not the military training per se, but rather the fact that it was really a waste. There was no real military training. For many of us, it felt like playing soldier and wasting Saturday mornings. If it’s just to come back to that, frankly, why bother? Again, this would be lip service rather than fundraising. If planned and instituted seriously, then I see the point. Given the hierarchy of priorities, this would be an easy change to institute, but I wouldn’t care unless it could be done properly. Save money for our real soldiers and police who have enough challenges as it is.

Education. I agree with the need for full English proficiency and top quality STEM (Science, Technology, Engineering and Mathematics) expertise. What I strongly disagree with is teaching in English as it interferes with comprehension. Even in the days of bilingual education, except for elite schools and even then only to the extent of some of their graduates, it’s not like we’re an English-speaking nation, the government claims opposite. More importantly, the understanding was poor. I used to say then that we weren’t an English-speaking country, at best some of us were (mainly the elite, which also led to more injustice). A higher percentage was possibly a functional understanding of English at a basic level. All successful countries teach in their mother tongue, but here we go back to what everyone else has gone beyond. Substandard education needs to be addressed. It is different from the medium of instruction. Please do not confuse the two.

Finally, nuclear. Arguments made for nuclear energy are that it is the cheapest to operate and is clean (apart from highly hazardous nuclear waste) compared to coal and even natural gas. This misses two huge arguments and another practical one. The operating cost is only part of the total cost. The cost argument is made for recent pragmatic decisions to expand the use of nuclear power plants in Germany and why France relies on nuclear power, and the United States continues to operate its nuclear power plants. What is the difference between them and us? They discuss existing nuclear power plants and their withdrawal or the extension of their operation. This means that they are not only operational, they are already paid for and fully amortized. Very great distinction. After repaying the debt incurred to build them and already obtaining their return on equity, it is mainly the operating costs that apply. For a new plant, the operating cost is only a fraction of the total cost. This, as I have written previously, includes financing, insurance, site preparation, related infrastructure, waste disposal and much more.

So here is the practical point. We don’t have a nuclear power plant. The Bataan site is just one building. There is no nuclear reactor there. Agree or disagree, but first President Aquino sold it for tiny pennies on the dollar, when in my opinion he was stupidly paying the debt – principal and interest in full. For what was supposed to be at least 200% of the actual cost of this nuclear plant. So everything you have in Bataan is a monument to corruption and stupidity. A building is not a factory if there are no machines and equipment. It may have been a factory, but if you take away the machinery, all you have is a building. Same with Bataan location. There is no reactor. It’s no longer a power plant, just a building.

Don’t compare the relatively cheap operating cost of a long-lived nuclear power plant that’s already paid for with a new one that has to be commissioned and installed before it’s even tested. Then, if all ordering, specification, planning, delivery and training are done, how long does it take to actually install a nuclear power plant? Best estimates at this point are five to seven years. When you take into account what happens before the reactor is actually built, the shortest period from the decision to start is a decade and sometimes more than 20 years like in the United States. At that time, cost overruns and changes usually double the cost (or more), even excluding any change in the cost of the reactor. If we commit to doing one today, I wonder if I’ll be alive when it happens. Although I’m pretty sure it’s not just my kids who will pay for this, but my grandkids. Is this how we will deal with a current problem? Building base load power plants is not a short term action for any type of power plant, but new nuclear power plants apart from safety and environmental issues are also expensive and take the most time to build and operate across all base load options.