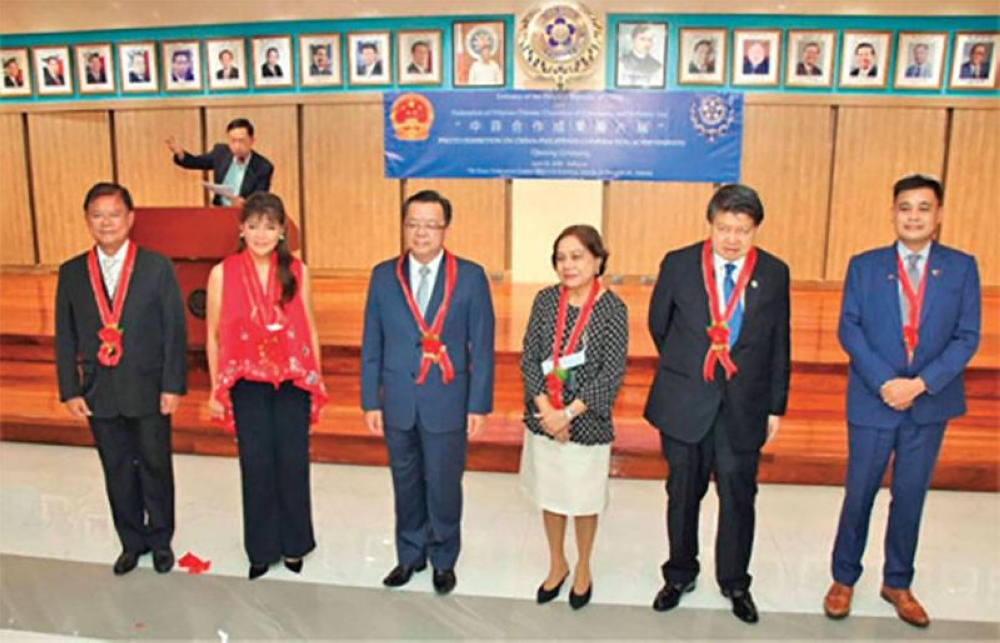 Department of Public Works and Highways (DPWH) Secretary Roger “Oging” Mercado cited the many positive gains of Philippine-Chinese cooperation through the infrastructure upgrade projects of the Build, Build, Build program pushed by the President Rodrigo Duterte, who was in tune with jaw-dropping China. Transcontinental Belt and Road Initiative (BRI), imagined and promoted by Chinese President Xi Jinping. For a Bicolano like me, it is comforting to realize that the Duterte administration earlier this year signed a 152 billion peso contract with a Chinese group to build the first phase of the 565 kilometer Bicol project in the Philippine National Railways (PNR). The big project will reduce the travel time between Metro Manila and the Bicol region from 12 hours by road today to just four hours, according to Transportation Secretary Arthur Tugade.

For his part, Secretary Borje thanked the many cooperative efforts between the Philippines and China on climate change, green technologies and related concerns. Indeed, China is the world leader and pioneer in renewable energy, being today the world’s largest producer of wind and solar energy, and the largest domestic and foreign investor in renewable energy.

In his speech, Ambassador Huang said, “We have strengthened and realized the synergy between the Belt and Road Initiative and the Build, Build, Build program over the past six years. Nearly 40 construction projects government-to-government cooperation have been put in place. 16 of them have been completed while the others are in the process of being implemented or to be traced. The famous Binondo-Intramuros bridge, donated by China, which benefits every day to tens of thousands of people, has already become a tourist attraction.In the past six years, our trade volume has doubled.In addition, the total Chinese investment accumulated in the past six years has quadrupled from the figures of 2010 to 2015. This significant growth contributes to the economic growth and national development of the Philippines, bringing benefits to our two peoples. During the pandemic, we embodied the spirit of Bayanihan by struggling t hand in hand against the Covid-19 virus and forging a closer partnership in the new era.

Ambassador Huang also said, “We have consistently managed differences appropriately. Over the past six years, we have implemented the consensus reached by our leaders to place the South China Sea issue in its proper place in bilateral relations. We are committed to managing our differences through bilateral communication and consultation, enhancing mutual trust and advancing cooperation in a constructive manner. We have handled a series of maritime incidents cautiously and conducted consultations on the joint development of oil and gas resources in southern China. Sea. All of these have also contributed to a peaceful and stable regional environment. Dialogues and consultations are the only way to manage our differences. Widening differences or bringing in a troublemaker is definitely not the right way.

As part of promoting better friendship and understanding between the two countries, Ambassador Huang said the Chinese Embassy has launched the Manila Forum for Philippines-China Relations, the Prize for Promotion of Philippines-China Understanding (APPCU), Sino-Philippine cultural exchange. Program, livelihood projects and assistance to typhoon victims, among other such initiatives.

Event moderator and chair of the FFCCCII public information committee, Wilson Lee Flores, had earlier described Ambassador Huang in his introduction as “hardworking, humble, friendly, philanthropic and proactive, perhaps also the most popular foreign diplomat on Facebook in the Philippines”. In his speech, Ambassador Huang said, “I launched my personal Facebook platform in 2020 to interact directly with the Filipino people, now with over 60,000 followers. I often read thousands of inspiring and uplifting comments, and I constantly feel the enthusiasm and expectation of Filipino friends on our bilateral relations.”

The official name of Ambassador Huang’s Facebook account is “Chinese Ambassador to the Philippines Huang Xilian”. Anyone who wants to know more about the world’s longest continuous civilization of 5,000 years and the new rising economic superpower, let them follow this FB page. Not only are you enlightened on the subject, but you also benefit from a beneficial interaction with an exceptional diplomat and a good friend of the Filipino nation.