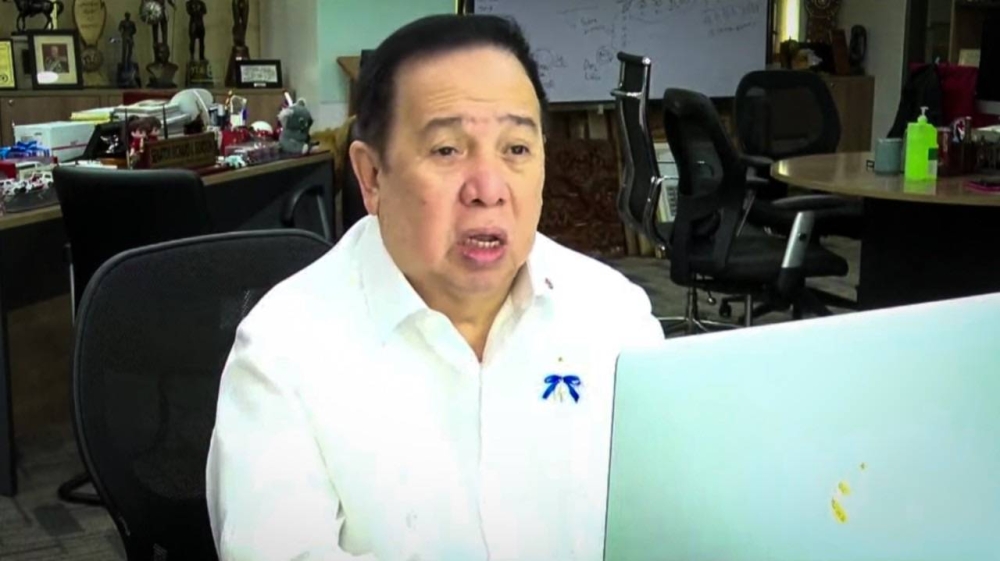 QUEZON City Congresswoman Rose Nono Lin “lied” when she denied any association with the company for selling overpriced medical supplies to the government, according to Sen. Richard “Dick” Gordon.

Gordon called Lin a “liar” at the 17th Virtual Hearing into the alleged overpriced purchase of face masks and face shields from Pharmally Pharmaceutical Corporation.

On December 21, the Chairman of the Senate Blue Ribbon Committee resumed the investigation into alleged dubious supply contracts worth more than 8 billion pesos awarded to Pharmally when he had only 625,000 pesos of paid-up capital.

The re-election senator noted that in previous hearings into the controversy, Lin, director of Pharmally Biological, denied any association with Pharmally.

According to Gordon, Lin “insisted that his company Pharmally Biological was distinct and different from Pharmally Pharmaceutical.”

“You’re a liar!” Gordon told Lin as he presented a document from the Bureau of Internal Revenue showing that her husband, Lin Weixiong, is the chief financial officer of Pharmally Pharmaceutical.

When confronted with the document, Huang Tzu Yen and Mojit Dargani, respectively president and general secretary of Pharmally Pharmaceutical, confirmed the veracity of the document.

According to Huang, Weixiong has been appointed as chief financial officer of Pharmally Pharmaceutical as collateral for the funding that Chinese businessman Michael Yang has provided to the company.

Gordon said the story of the Pharmally Inquiry was “a litany of lies” perpetrated on the Philippines during the pandemic.

“All these people are lying! It’s a train of lies. But the truth is out. Now we know that Lin Weixiong is the financial director of Pharmally,” he said.

Gordon said based on the Senate hearings, it was Yang who introduced the company to President Rodrigo Duterte.

He said that in both companies, Huang of Pharmally International is a director of the board, “connecting the two to the late parent company in Taiwan.”

The senator also warned Lin not to attend the hearing.

“You can run but you can’t hide! We should have been done with the hearing but new evidence is being submitted,” he said.

Gerald Cruz is also an officer of Pharmally Biological, which holds several positions in Yang’s companies just like Lin, said Gordon. He asked the public to help authorities find other company officials like Jayson Uson and Cruz, allegedly Lin’s partners in other companies owned by Michael Yang and Lin Weixiong.