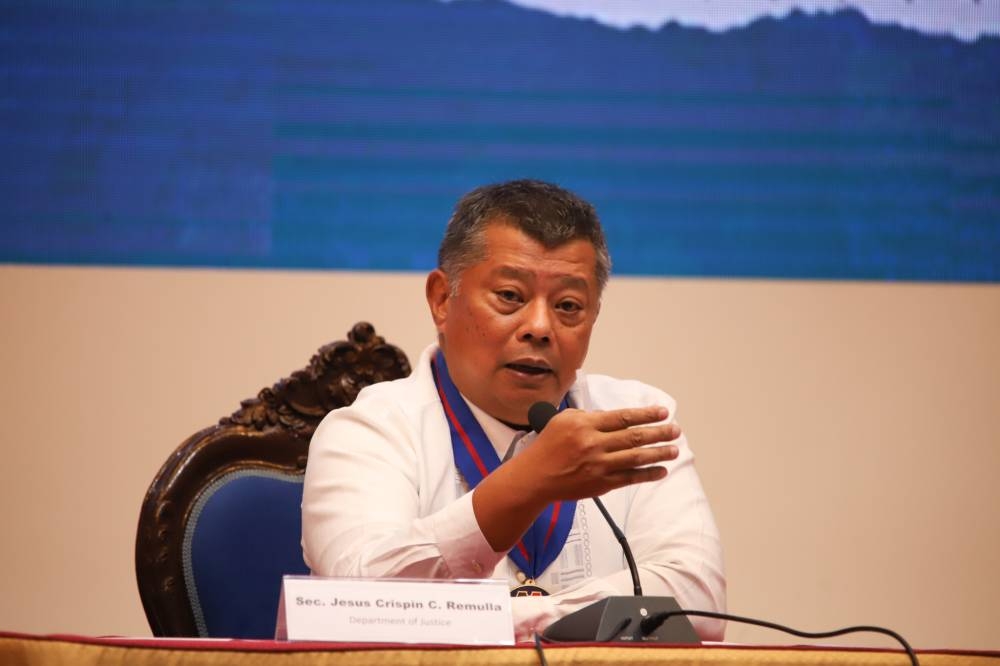 JUSTICE Secretary Jesus Crispin “Boying” Remulla has no reason to resign, and President Ferdinand “Bongbong” Marcos Jr. appears to have reason to push back against such a suggestion. Some people have urged the secretary to resign from his government post after his son was recently arrested in an illegal drug operation. But so far, Mr. Remulla has demonstrated his integrity in difficult times for him and his family.

Clearly, the calls for resignation are rooted in a conflict of interest argument. They raise the possibility that the secretary’s son gets away with it or receives special treatment because of his family ties. And even if the secretary doesn’t interfere, prosecutors and other justice officials might offer the accused special treatment, simply because he’s a Remulla.

Critics also cite delicadeza as another reason to quit. But they fail to mention that there is no trace of impropriety on the part of the secretary himself.

Despite the fears aroused, Mr. Remulla reassured on his impartiality in this case involving his son. He praised the Philippine Drug Enforcement Agency (PDEA) for making the arrest “without fear or favour”. And the secretary even noted that he had no conflict with anyone at the PDEA.

In a handwritten statement, Mr Remulla said: “I am both a father and a legal secretary, roles which I take very seriously. We all know about unconditional love, but at 38 he will have to face to his predicament as a fully emancipated child.” He added: “A person should always face the consequences of their actions, and I will let justice take its own course.

On Friday, prosecutors filed an unlawful possession of dangerous drugs case against Juanito Jose Remulla 3rd in the Las Piñas City Regional Trial Court. Prosecutors, who are under the administrative control of the Justice Secretary, did not recommend bail for their boss’ son. And as of this writing, he’s sitting in jail awaiting his day in court.

Clearly, the fears raised by those calling for the resignation have not materialized. And people can be sure that the Marcos government has enough critics who will follow this case closely and watch for missteps.

They should take inspiration from Albay’s representative, Edcel Lagman, who leads the opposition as president of the Liberal Party. He seems willing to give the Secretary of Justice the benefit of the doubt. “Until Secretary of Justice Jesus Crispin Remulla interferes with the investigation, prosecution and/or adjudication of the reported drug offense of his son Juanito Jose Remulla 3rd, there is no reason for that he resign due to his son’s offense,” he said in a statement.

Mr Lagman asked why it took the Remulla family two days to disclose the arrest to the public. Again, young Remulla is an adult and lives alone. Also, it seems natural for any family not to voluntarily disclose anything that might embarrass them.

To be fair to the Remullas, however, there’s no suggestion that they were trying to hide anything. The family confirmed the young Remulla’s identity when interviewed by the media. And at the time of the arrest, the secretary was in Geneva on official government business.

That said, the secretary knows that each member of Cabinet serves at the pleasure of the president. And so far, President Marcos is sticking to his guy.

“I think the calls for his resignation have no basis,” Mr. Marcos told reporters Friday, October 14. “You are calling someone to resign if they are not doing their job or if they have behaved badly in that job.”

The President later said, “And I think as the Secretary of the Department of Justice, he is very aware that he has to allow the judicial processes to work properly and that no one within the executive should interfere. .”

This unfortunate development should not prevent the government from doing its job, including the reforms initiated by Mr. Remulla. Audiences can be quite confident that they have a good idea of ​​what is right and wrong.