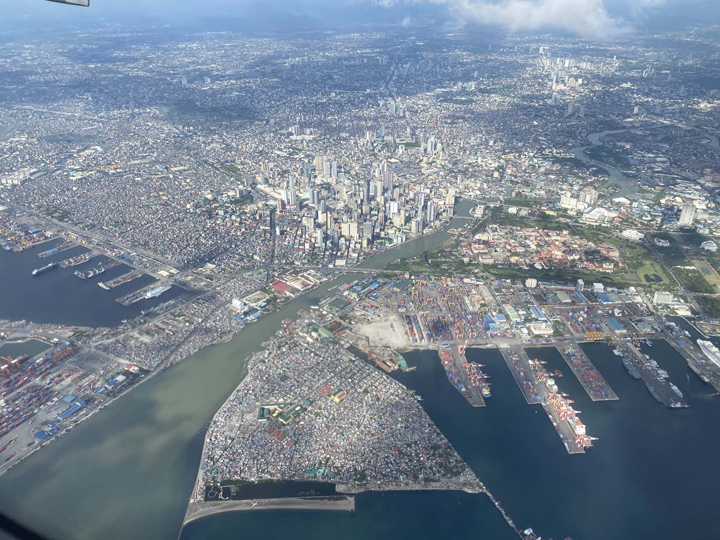 The population density in Metro Manila is already 60 times the national average, according to the Philippine Statistics Authority (PSA).

However, according to the director general of the National Economic and Development Authority (Neda) and secretary for socio-economic planning, Karl Kendrick T. Chua, having a high population density is neither good nor bad for a town.

Chua said that when it comes to the area of â€‹â€‹economic geography, it is important to remember that there will always be “built-up areas” such as NCR, Calabarzon and Central Luzon.

PSA data showed that the population density in Calabarzon was 977 people / kmÂ², while central Luzon had 567 people per kmÂ². Together with the NCR, these regions have the highest population densities in the country.

â€œHigh population density is neither good nor bad in itself. What matters and what determines where the effect will be good or bad for people is whether people get better services, water and sanitation, housing, opportunities, when we can travel without traffic, traffic jams, etc. “, explained Chua.

Chua said economic geography is also concerned with the spread of economic growth so that the whole population benefits.

This means that the government, through programs like Balik Probinsya, Bagong Pag-Asa, could empower secondary and tertiary towns as well as rural areas to provide the same services to their populations.

These services include, but are not limited to, the ability to provide the basics of health, education, water supply, sanitation and housing services to the population.

In addition, said Chua, if the populations of secondary and tertiary towns and rural areas wish to access the greater opportunities found in metropolitan areas such as the NCR, they should be able to do so with sufficient connectivity.

“It is important that we have equal opportunities for all Filipinos, whether they are in Manila or Mindanao or in Palawan or Tawi-Tawi and this is what we also do in the Balik Probinsya program, Bagong Pag-Asa “, added Chua.

“What is important is that we offer equal opportunities and that we provide a way to connect different regions or provinces so that they all benefit from the high growth area,” he added.

However, with greater population density in the NCR, Under Secretary for Population and Development Juan Antonio Perez III told BusinessMirror on Wednesday that this presents a challenge in terms of the government’s family planning program.

Perez, who heads the Commission on Population and Development (Popcom), said the increase in population density in the NCR was mainly the result of internal migration rather than increased fertility in recent years. .

This exposes residents to certain vulnerabilities, which can be seen at the barangay level where “congestion and overcrowded housing are affecting the response to the pandemic.”

â€œIn order to achieve the demographic dividend at the regional level, we also need to look at internal migration in mega-regions and high fertility in other parts of the Visayas and Mindanao,â€ Perez said.

Based on PSA data, the most densely populated provinces are Cavite, Rizal, Laguna, Bulacan and Pampanga, registering 2,847, 1,754, 1,332 and 1,218 people per square kilometer, respectively.

Digital transformation is expected to improve the economy of Metro Manila