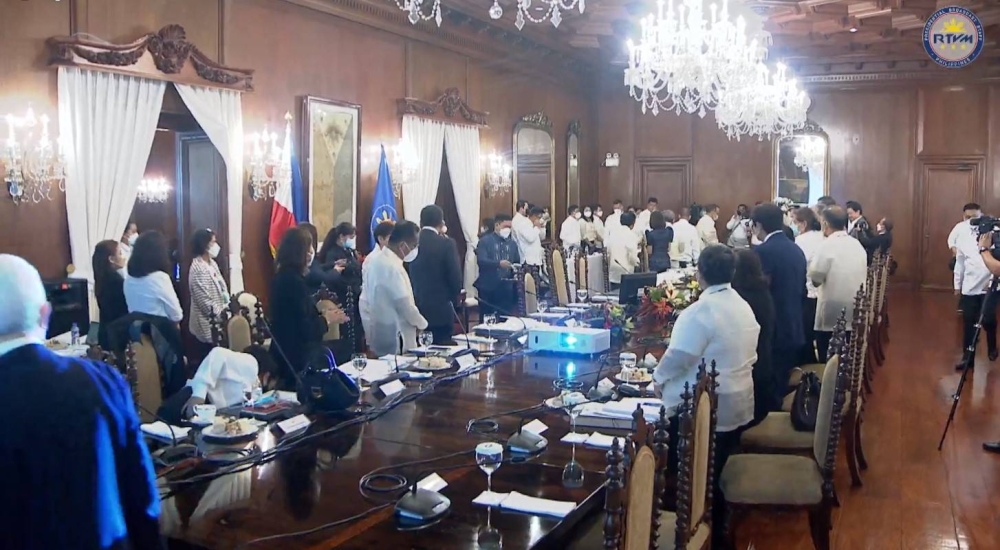 PRESIDENT Ferdinand “Bongbong” Marcos Jr. said his priority was the economy as he chaired his first Cabinet meeting in Malacañang on Tuesday.

The meeting, which began before 9 a.m. at the Palace, included Vice President and Education Secretary Sara Duterte-Carpio and other members of her cabinet.

In a short excerpt from the meeting shared by the Palace, Marcos asked the economic team led by Finance Secretary Benjamin Diokno to chair giving an overview of the country’s economic situation.

“I ask what we call the economic group, i.e. the Secretary of Finance, the BSP [Bangko Sentral ng Pilipinas] Governor and NEDA [National Economic and Development Authority] to give us a briefing on the general, economic situation because I think we can all understand that the most important area that we will have to deal with will have to be the economy,” Marcos told his cabinet.

“The central policy that everybody would actually follow will be the one set by our economic managers. So I’m asking the economic team to give us a briefing,” he added.

Marcos, who took office on Thursday, faces enormous challenges as the country struggles to recover from the debilitating effects of the pandemic and the war in Ukraine.

He will rely on his long years in politics and on the Cabinet he has carefully formed to lead the country towards progress.

Marcos, who serves as agriculture secretary, said he is confident he has built “a good team” that will help him achieve a better and more progressive Philippines.