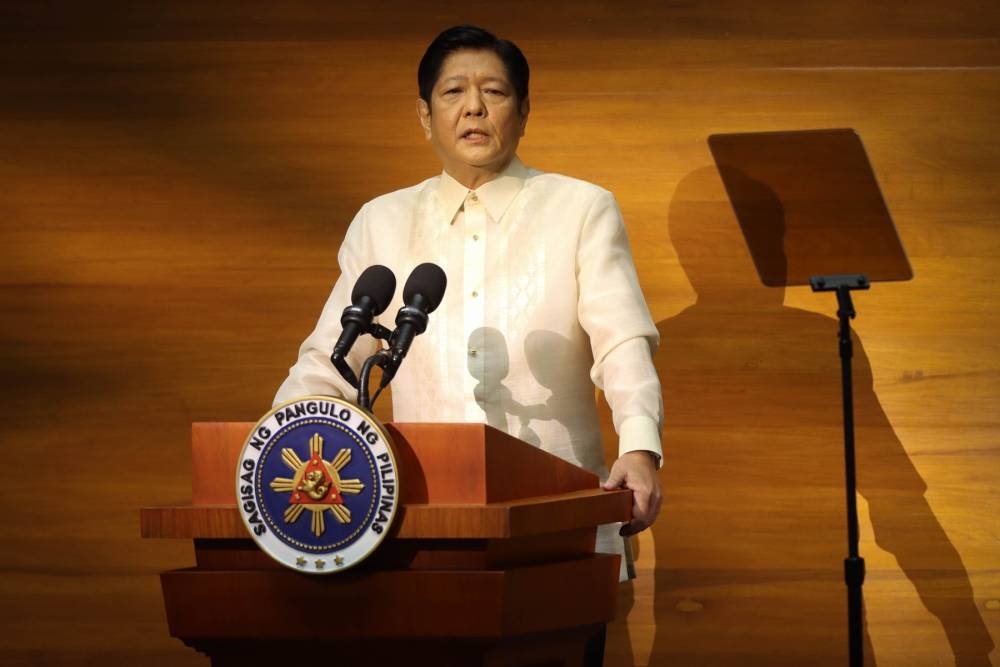 The country’s 17th president delivered a good inaugural ceremony, a more economy-focused SONA, crafted an eight-point social program and presented a budget message to the House of Representatives when the executive presented its spending program (NEP).

And yet, what has come out in the last 61 days are the dates made under questionable circumstances, the fake dates, the reports of paid dates; consolidation of power in one man building a sanitary cordon; the mess in the office of the press officer; the SRA scandal stemming from delegated authority where no one admitted the error; the raids claiming “power of visit” and the freezing of customs officers and staff in Subic because of “recycled” papers when in fact the shipment was legal and there was an effective payment of taxes; the BTA appointments and the lack of legal coverage on the Welfare Secretary’s act of distributing the Education Assistance Payment, among others.

Compos mentis is a Latin legal phrase that translates to “frail in spirit”. Sound mind, memory and understanding are essential to presidential governance. Greed, lust for money and saliva for more power are not the attributes needed to serve the president. These traits are the very reason why the institution becomes weak, because of approval and trust. But then again, PBBM seems to value loyalty more than any other virtue and when loyalty is the main key, whatever errors in judgment are made, however maliciously, are easily swept under the rug. And that’s when the institution weakens and the president loses the advantage. The albatross on PBBM’s shoulder is clear: to be better than the father and to revive the post-pandemic economy. Undeniably, he’s a Marcos, so people say he can’t be considered a strong hand. Unfortunately, he has to because the team he has put together, at least in his office, doesn’t seem up to it.

You then feel invisible hands orchestrating things on commodity prices, pointing the finger at a president who clings to the job of secretary of agriculture and peace and order (read: crime). When a president has a press secretary who says on day one that he will use vloggers more than mainstream media, the presidency has been locked in. This statement does not serve the president well. It also contradicts the earlier statement by the president’s son, Rep. Sandro Marcos, that his father is president of the 110 million Filipinos and no longer just the 31 million. A rhetorically but operationally good pivot may not even be part of this administration’s key messaging framework.

We also have rabid loyalists who blindly defend the leader. It does not help in strategic communications. This adds to the ever-present division, three months after the election. These loyalists do not want to sting the presidential ego who wants to build his own cabinet, only to be dragged into disarray and chaos. The seizures of this administration are self-inflicted. They panic and create them in the process. Some say members of the president’s executive are too amateurish. So the loyalists, instead of helping to explain things, go after anyone who wants to ensure the success of this administration or simply let it wither despite the biggest term in presidential history. Is the president the leader of 31 million Filipinos or 110 million Filipinos? If he is of the latter, then dissent should be nurtured, constructive criticism allowed to simmer, in this way the institution of the presidency is assisted. Imagine, instead of focusing their attention on the SRA mess they themselves have created, they should turn to plans and programs. Give the details of the eight-point social agenda and start communicating them for the first 100 days, taking into account the first six months. These timelines are clear, and why should a honeymoon period be invoked when the warrant was huge and the name that was sworn was a Marcos? People will surely agree that a Marcos doesn’t need a honeymoon period. This plan has been around since their return, which is why there’s always been a floating Marcos/candidate for national office since 1992.

One need only dissect the inaugural social agenda, SONA, into eight points and the proposed budget to uncover storylines that could shape a responsive, action-oriented administration. By September, PBBM will make three overseas trips – to Indonesia, the United Nations and Singapore. It’s time to project Marcos 2.0 abroad. The question to ask is how, and it seems no strategy is being worked out when the foreign media are known to be anti-Marcos.

Some people also say “they don’t feel governed at all”. “Magulo, walang disiplina na naman, walang malasakit…” When that happens before the first 100 days, Houston, we have a problem.