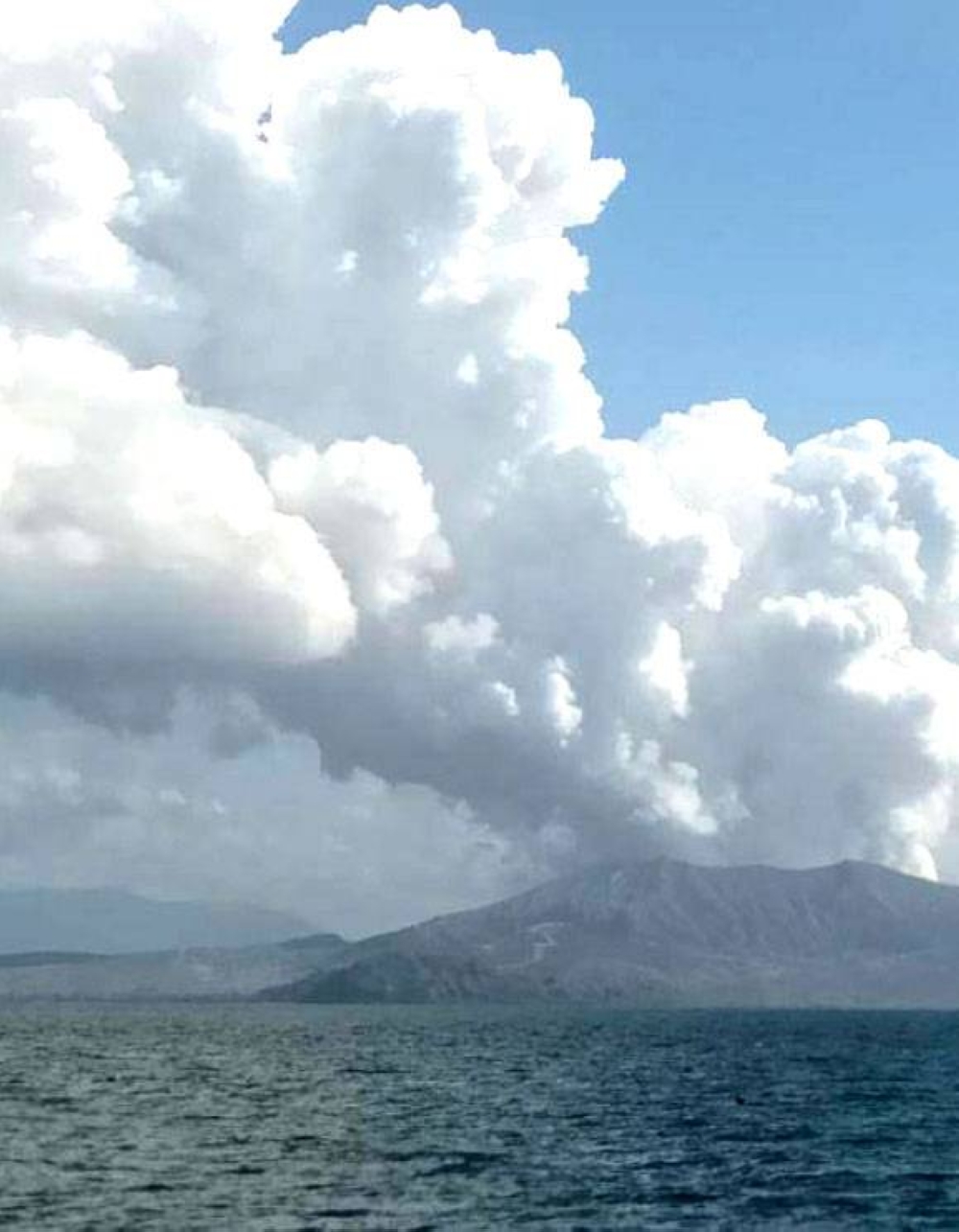 The Taal Volcano in Batangas erupts on March 26, 2022. The Philippine Institute of Volcanology and Seismology has raised Alert Level 3 and recommended the immediate evacuation of residents in areas of Taal Volcano Island. THE MANILA TIMES FILE PHOTO

THE Department of Education (DepEd) has assured that over a thousand learners affected by the Taal Volcano explosion on March 26 are safe.

The DepEd’s Disaster Risk Reduction and Management Service (DRRMS) reported that eight schools in the permanent and extended danger zones were affected and that classes in 22 schools were suspended by local government units (LGUs) of Agoncillo and Laurel.

Partial data showed that 1,275 learners and 132 staff were evacuated, 82 learners chose to evacuate with loved ones in municipalities, and 35 students moved to other provinces.

Education Secretary Leonor Briones said her department was monitoring the situation closely to ensure no face-to-face classes were held in the permanent danger zones.

She added that if activities at Taal Volcano escalate, DepEd will immediately suspend classes.

Despite the situation, distance learning modalities such as modular learning, e-learning, and radio and television instruction could be used to ensure continuity of learning.

Briones noted that DepEd has improved its preparedness and response capacity since the volcano’s phreatomagmatic eruption in January 2020.

DepEd is also working closely with the Ministry of Health and the Ministry of Interior and Local Government to monitor and provide relief to affected schools in Batangas.

Meanwhile, President Rodrigo Duterte has also weighed in to ensure the safety of students in areas near Taal Volcano.

“Learners need to be protected. If the atmosphere is darkened by these harmful elements, do not let them go to school anymore, in fact, keep them away. Normalcy must be restored there, if the situation does not is not normal, it would be on the side of caution, let’s not expose the children,” the president said.