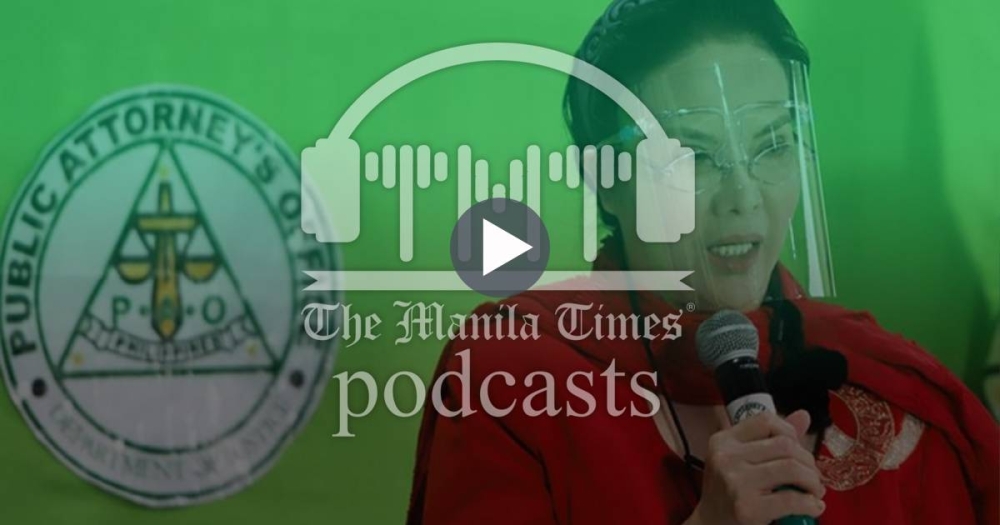 Have a good day. Here are the Manila Times stories for Friday, February 4, 2022, brought to you by Wilcon Depot, the nation’s leading home improvement and building supplies retailer. Conveniently shop 24/7 with the Wilcon online store, just go to shop.wilcon.com.ph.

A PETITION to stop the Covid-19 vaccination of children ages 5 to 11 was filed Thursday in a regional trial court in Quezon City by the Public Attorney’s Office (PAO). The motion for a Temporary Restraining Order (TRO) was filed by PAO Chief Persida Rueda-Acosta with parents Dominic Almelor of Quezon City and Girlie Samonte of Tondo, Manila. The named respondents were the Department of Health (DoH), Secretary of Health Francisco Duque 3rd, Under Secretary Rosario Vergeire and the DoH Public Health Services team. They claimed that the DoH memorandum issued on January 24, 2022, “Interim Guidelines on the Management and Administration of Tozinameran Covid-19 mRNA vaccine (nucleoside-modified) [Cominarty] The Pfizer Covid-19 vaccine for the pediatric population aged 5 to 11” was unconstitutional. The memorandum states that if a parent or guardian refuses to consent to vaccination despite the minor’s desire to be vaccinated, “the state can act as parens patria and give the necessary consent. “The state may be represented by Social Welfare and Development (DSWD), according to the memorandum. The petitioners said the memorandum completely disregards the right of a parent or guardian to decide the best interests , welfare, life and health of the child.

Vaccination for children ages 5-11 has been moved to Monday, February 7, due to delays in delivery of Pfizer-BioNTech vaccines to be used in the deployment. The rollout was scheduled to kick off today, February 4. A joint statement from the Department of Health (DoH) and the National Task Force Against Covid-19 (NTF) says the first shipment of approximately 700,000 doses of reformulated vaccines will arrive Friday evening. The deployment was rescheduled “to ensure adequate preparation and distribution of Pfizer vaccines allocated to children aged 5-11 years”.

The government’s pandemic task force does not see the alert level system being scrapped any time soon, said Cabinet Secretary and co-chair of the Inter-Agency Task Force for the Management of Emerging Infectious Diseases Karlo Alexei Nograles. An area, however, can be placed under the less stringent Alert Level 1 if hospital bed utilization falls below the 49% threshold, and if it has a two-week growth rate of zero and a average daily attack rate of less than one, Nograles said.

THE Electoral Commission (Comelec) has assured that the May elections will go smoothly despite the retirement of President Sheriff Abas and two commissioners. The commission en banc now has only four members. Comelec spokesman James Jimenez gave the assurance on Wednesday even as he admitted the real challenge is settling pending cases, among others, which require the collective decision of the en banc.

On to business, following the Senate’s failure to ratify the Regional Comprehensive Economic Partnership (RCEP) Agreement, Commerce Secretary Ramon Lopez has expressed optimism that the trade deal will be ratified this year . In a statement Thursday, Lopez said he understands there are other important local bills that need to be acted on, but he hopes the Senate will eventually approve RCEP’s ratification when it resumes. session this year.

In sports, returning Gilas Pilipinas head coach Chot Reyes is looking to the core of TNT Tropang Giga to play for the February window of the FIBA ​​Basketball World Cup Asian Qualifiers starting on February 23. However, available members of the young squad who previously played for the national team of the FIBA ​​Asian Cup Qualifiers and Olympic Qualifying Tournament can still be part of the squad, according to the president of Samahang Basketbol ng Pilipinas, Al Panlilio.

Rigoberto Tiglao and Ruben Torres are the front-page columnists today. Tiglao reposts a column that discusses a company involved in the overthrow of a former Ukrainian president, while Torres discusses current tensions in said country.

Today’s editorial discusses developments in Myanmar. Read a full version in the opinion section of the newspaper or listen to the voice of the times.

On behalf of the Manila Times, this is Aric John Sy Cua reporting. Have a safe Friday.