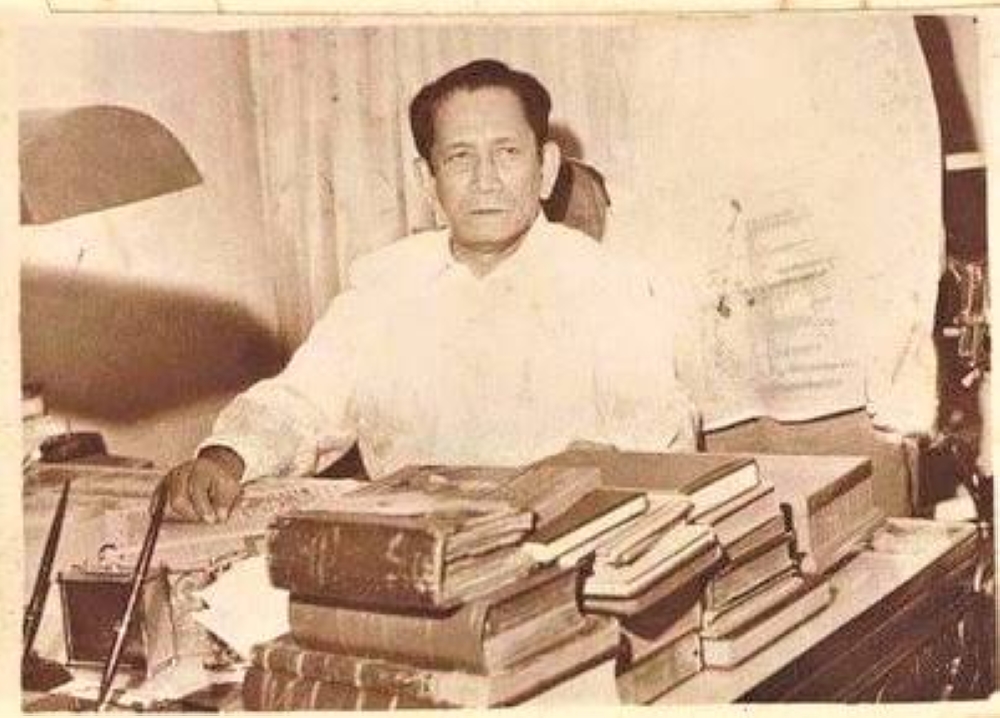 ONE of the 21 Irrefutable Laws of Leadership in Dr. John Maxwell’s 2007 book is the Law of Solid Ground.

According to Maxwell, the solid foundation is a solid character, living with integrity, authenticity and discipline.

“Trust is the foundation of leadership. It’s earned or it’s not,” Maxwell says.

Character is the source of confidence. We build our character by being scrupulously honest, even when it hurts.

To be authentic, we must be ourselves with everyone, without pretending to be something that we are not.

Discipline comes from doing what needs to be done, whether we like it or not.

The last messenger of God and the first executive minister of the Iglesia Ni Cristo Felix Y. Manalo CONTRIBUTED PHOTO

The Messenger of God in these last days – Brother Felix Y. Manalo – has been commissioned to preach the immaculate Words of God written in the Holy Scriptures. Brother Felix is ​​an example of a leader with a strong foundation—his solid character, integrity, authenticity, and discipline—are imitated and still manifest among current leaders in the worldwide Church of Christ.

He led the Church of Christ—that established by the Lord Jesus Christ in the first century that resurfaced in the Philippines in July 1914—with a solid foundation.

Members of the Worldwide Church of Christ or Iglesia Ni Cristo are among those commemorating Brother Felix’s 136th birthday on May 10, 2022. Praise God!

The December 2018 issue of Pasugo: Message from God, in its Frequently Asked Questions (FAQ) section answered the question “How can the true Church and the true Messenger emerge from a small poor country?”

The responses cite Bible verses to fortify the solid foundation of Brother Felix’s commission as a true Messenger in these last days. Here are the stories, and I quote:

“There are those who find it hard to believe that the true Church and the Messenger of God whom God has called to preach His immaculate doctrines in these last days would emerge from the Philippines, a third world country.

“However, the Bible teaches that it is God’s policy to choose people to belong to him and not according to human standards. The prophecy concerning the place where the Lord Jesus Christ – the greatest messenger Himself – would be born, declares: ‘But you, Bethlehem Ephrathah, although you are small among the thousands of Judah, yet from you will come forth to me the One who will be the ruler of Israel, whose goings out are ancient, from eternity ‘( Mic.5:2 New King James Version).

“Bethlehem is only a small town south of Jerusalem in Israel, but it is the place from which God chose the coming of Christ.

“Likewise, God set apart the ancient nation of Israel to be his people in Old Testament times, despite their small size and stature, as Moses reminded them: ‘For you are a holy people to the LORD your God, the LORD your God has chosen you to be his own people, a special treasure above all the peoples on the face of the earth. ‘did not love and chose you because you were more numerous than any other people, for you were the least of all peoples’ (Deut.7:6-7 NKJV).

“The Philippines, though a third world nation, is God’s chosen place where his messenger in these last days and the Church of Christ would emerge. The country is the fulfillment of the prophesied ‘Islands of the Sea’ ( Isaiah 24:15 New International Version) in the “far east” (Isaiah 43:5 Moffatt Translation) where the sons and daughters of God would emerge in the “ends of the earth” or in these last days (Isaiah 43:5- 6; Matt 24:3, 33, 6-8) through His Messenger (Isaiah 41:9-10; 46:11-13).

“Therefore, it is not by size or wealth that God chooses a nation to be his own, nor does he choose his messenger by human standards.”

A poem is written to illustrate the magnitude of the works of salvation that were encased in the shoulders of the late Brother Felix Y. Manalo.

Work of Salvation in These Last Days

Whose grave calamities, disasters, pandemics and classes of superpowers in the world relish

The Kingdom of Heaven is already prepared for members of the worldwide Church of Christ – His beloved nation.

Savor military might with heavy weaponry and warfare on land, sea and air

Affected citizens and foreign guests must cling to safe shelters to save their own lives.

Another view of the Holy Scriptures says that when people cry out for peace, however, a sudden collapse will occur

Counteracting the situations is almost impossible because none other than the Lord God has proclaimed the current crises.

Indeed, when this phenomenon is achieved, the promised salvation is at hand for the members of the fold.

The Supreme Being – the Almighty Father – has been praised, honored and glorified ever since.

Administration in the worldwide church, although centralized, is very open and transparent

The trust and confidence of God’s servants are steadfast and very strong Christians.

Do not delay in carrying out the duties, functions and responsibilities entrusted to you,

Yes, indeed, everything must be prepared, always be awake to what is done by God for the sake of his elect

Salvation is certain, just persevere in silence – patiently and faithfully await the coming Day of Judgment.

It is indeed that all the prophecies proclaimed in the Holy Scriptures, and the adversities which are experienced by mankind throughout the world, are the very signs of the approach of the Second Advent of the Lord Jesus Christ – the Day of Judgment come – as taught by the Last Messenger of God. .

Dr. Antonio G. Papa is the second senior deacon in the local congregation of Indang, Cavite South Ecclesiastical District. He is a retired University Professor at the College of Economics, Management and Development at Cavite State University (CvSU) in Indang, Cavite. In 2018, he served as Scientist 1 and Consultant at Marinduque State College in Boac, Marinduque. He graduated with a Bachelor of Science in Agricultural Education at Don Severino Agricultural College (DSAC) now CvSU in 1978, and both a Master of Science and a Doctor of Philosophy in Extension Education at the University of the Philippines at Los Baños, College, Laguna in 1986 and 1991, respectively.