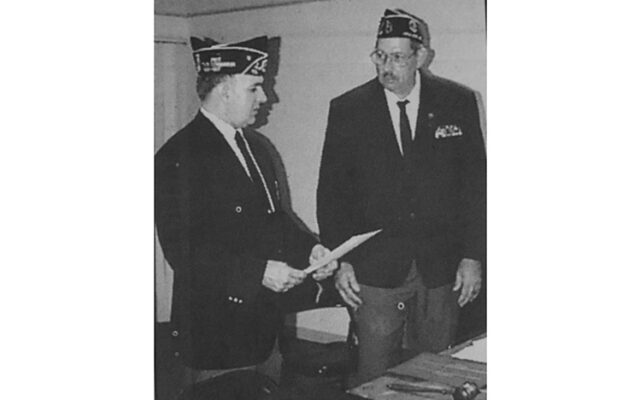 Offering substantial monetary prizes, the craft competition is designed to stimulate the creative ability of U.S. Far Eastern Command service members. By conducting unit, area and command level elimination contests, the Special Services will sponsor the final judging in Tokyo among the winning contestants from military headquarters in the Philippines, Korea and Yokohama, Japan. Private Sherman is attached to the 504th Ordnance Depot in Okinawa.

Home on leave — SSgt. Dale Hamilton spends 30 days with his parents, Mr. and Mrs. Edward Hamilton. sergeant. Hamilton has just returned from Thailand, where he had a year’s service, and will leave for Germany in September for a three-year tour.

Area Gains with Education Center — It is often said that education is the key to the future. If this saying is true, the future for Houlton Regional Hospital and the people it serves looks brighter. Hospital officials announced Monday that starting next month, the community will be able to use the new Community Health Education Center, with financial support from the Health Services Foundation.

High School Soccer for Boys — Burning last Thursday at Hodgdon, the ‘shire fire’ turned HOdgdon’s hopes of avenging an earlier loss to the Ashes, beating the Hawks, 5-0. Houlton coach Matt Tardy was once again very pleased with his side’s performance: “The youngsters looked good. Offensively, they passed the ball well and controlled the game.” The Shires outshot the Hawks 34-4.

Thank you for reading your 4 free articles this month. To continue reading and supporting local rural journalism, please subscribe.