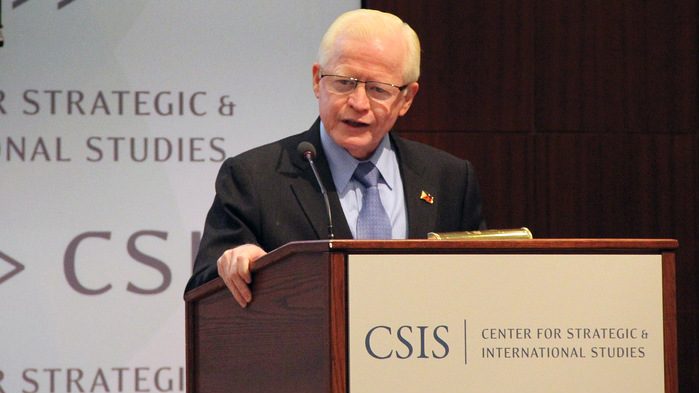 It was during the time of the former governor of Bangko Sentral ng Pilipinas, Jose Cuisia Jr., that the P1 000 bill showing the heroes of World War II was first published.

MANILA, Philippines – Former Bangko Sentral ng Pilipinas (BSP) Governor Jose Cuisia Jr. spoke out on the central bank’s plan to eliminate the war heroes depicted on the P1,000 bill, saying that images have an impact on society and can educate the public.

“This is the opportunity to show the value of heroes,” Cuisia, who served as BSP governor from 1990 to 1993, told Rappler.

It was under his leadership that the 1000 P1 banknote bearing the faces of WWII heroes Vicente Lim, Jose Abad Santos and Josefa Llanes Escoda was first published.

Cuisia recalled that selecting who to put on the bill was a rigorous process, with committees researching the lives of the heroes and what they might symbolize.

He noted that Lim, a brigadier general, was chosen to represent bravery as a fighter during the Japanese occupation.

Escoda, founder of the Girl Scouts of the Philippines and social worker, was chosen to represent social development.

Abad Santos, a former chief justice of the Supreme Court, was chosen to remind people of the value of education.

Although Cuisia cannot recall more specific details regarding the selection process, he noted that it was important for the government of the day to reflect the important values â€‹â€‹needed by the company.

He said he could not comment further on the decision of the BSP, now headed by Governor Benjamin Diokno, to remove the heroes from the banknote and replace them with the Philippine eagle.

But the decision, Cuisia said, likely underwent a similar process to what they did in 1991 with the first printing of the P1,000 invoices.

“Let me point out that there is a committee working on it in PASB to do all the research and this (design) is being discussed within the committee,” he added.

Cuisia also said that BSP’s decision to switch from paper to polymer tickets had benefits, such as durability.

Lim’s granddaughter, Victoria Ortega, is disappointed that “the eagle of the Philippines is now honored above the war heroes who fought for our independence and built our nation.”

â€œNow they will be out of sight, out of mind will follow. I think it’s unfortunate because eventually we will forget, â€Ortega said. – Rappler.com