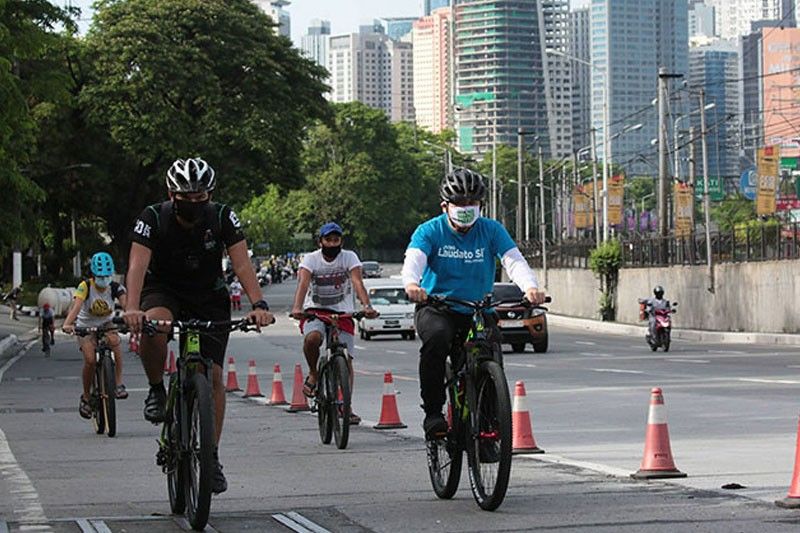 Government urges people to be given priority over cars

MANILA, Philippines – “This is not the standard we want to have.”

Arnold Bufi, founder of Tipaklong Sustainability Mobility Corp., had this to say about the state of mobility in Philippine cities, which is marred by unpredictable traffic and congested, expensive journeys.

While the pandemic has underscored calls from transport and commuter groups to prioritize pedestrians over cars, Bufi said the country can still “use our space and our public assets better than what we are doing now.” .

The past few weeks have overwhelmed commuters and utility drivers with a worsening transport crisis. Commuters are struggling with a shortage of transport supply and many utility drivers are no longer plying main roads due to successive hikes in fuel prices.

The minimum fare in utility jeepneys also increased to P11 after the Land Transportation Franchising and Regulatory Board granted the public transportation groups’ petition.

In an online forum hosted June 30 by the Move as One coalition, Bufi suggested that the future of the mobility sector should be “active, connected, electrified and shared”.

Citing a survey of social weather stations, Bufi said one in four households in the Philippines uses a bicycle. The growing use of active transportation by Filipinos has also spurred the demand for cycling infrastructure, including bike lanes, physical dividers, and road signage.

In June last year, the Department of Transportation (DOTr) completed its 1.3 billion peso project to install a 500 kilometer network of cycle paths in metropolitan cities in the Philippines. This was split between Metro Manila with a cycle track of 313.12 kilometers (km), Metro Cebu with 129.47 km and Metro Davao with 54.74 km.

But transport group coalition Move as One recently highlighted the need to build protected cycle lanes amid reports of cycling-related accidents.

“Indeed, many Filipinos have discovered the joys of cycling during the COVID-19 pandemic, [but] too many cyclists are dying on Philippine roads due to the lack of protected bike lanes,” the statement read.

Besides active transport, Bufi also hopes the mobility sector will be physically and digitally connected, where commuters can leave their bikes at stations or use their mobile phones to unlock their electric scooters.

As a bicycle rental company in partnership with local communities, Tipaklong aims to pilot its electric bicycle and scooter service with the University of Los Baños at the end of the year.

Bufi added that the future of mobility should be shared, referring to the influx of passenger cars which he says are “not very economical and environmentally friendly”.

“The sharing economy has been taking off for some time now. It will be a long-term trend moving forward,” he added.

“Right now, passenger cars [are] at the top of this inverted pyramid and the step is [at] the bottom. So we need to reverse that and put private cars in their place,” he said. “So we have to put walking and pedestrians at the center of what we do.” — Intern, Jan Cuyco