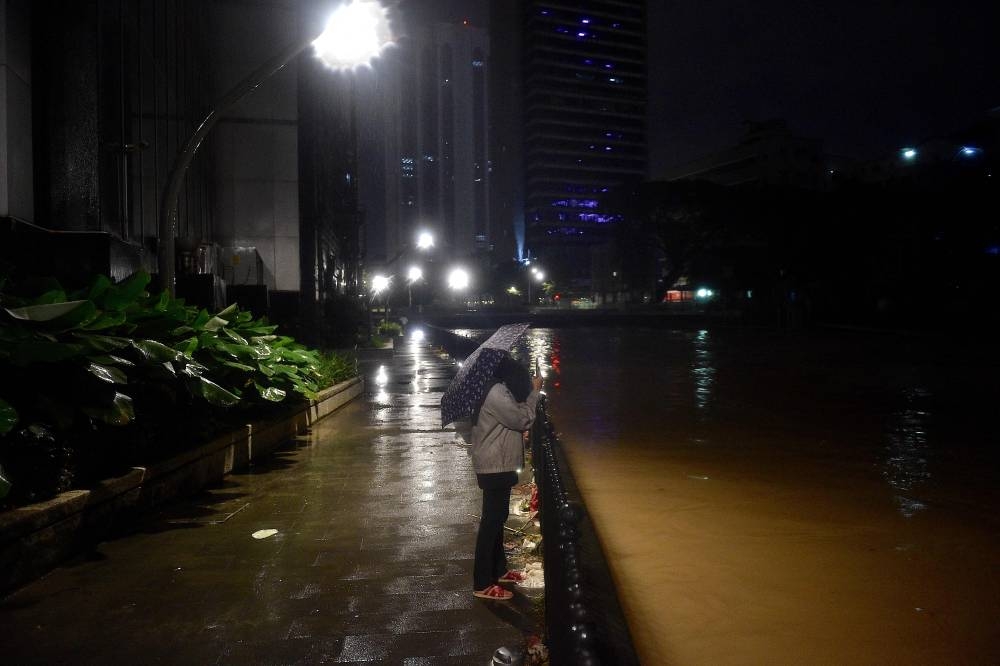 A woman stands beside the Klang River swollen by heavy rain in Kuala Lumpur in early December 19, 2021. AFP PHOTO

KUALA LUMPUR: More than 22,000 people were evacuated across Malaysia on Sunday as the country faces some of its worst flooding in years.

Heavy downpours since Friday have overflowed rivers, submerging many urban areas and cutting off major roads, blocking thousands of motorists.

Nearly 22,000 flood victims in eight states and territories have been recorded on an official government website, including more than 10,000 in central Pahang state.

More than 5,000 people have fled their homes in the country’s richest state, Selangor, which surrounds the capital Kuala Lumpur, and Prime Minister Ismail Sabri Yaakob has expressed surprise at the heavy flooding there.

“In Selangor, the situation came as a surprise because the monsoon season (…) rarely has flooding in Selangor,” he said at a press conference on Saturday evening.

Dozens of bus routes in and around the Malaysian capital have been canceled and train services to the port city of Klang have been suspended.

As the rainy weather has slowed down in some areas, the weather service has warned that downpours are expected to continue in parts of Pahang.

The worst flooding in Malaysia in decades occurred in 2014, forcing some 118,000 people to flee.