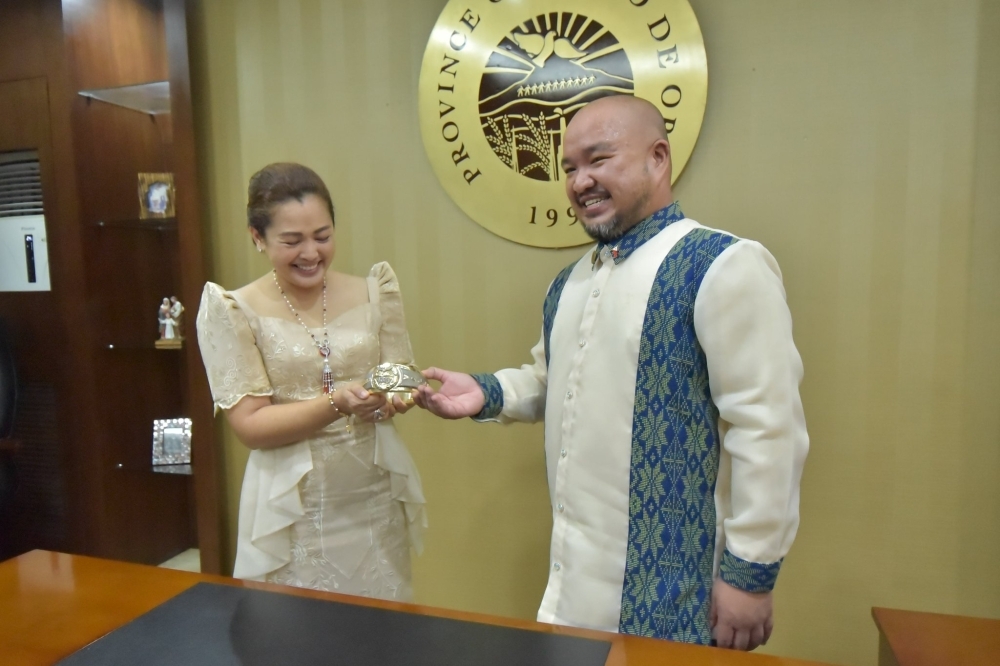 Dorothy Montejo-Gonzaga sworn in as Governor of Davao de Oro

IT is seen as the dawn of a new beginning for the Davao Region Golden Province as the first lady-elect governor of Davao de Oro Province was sworn in June 30 at the Nabunturan National High School Gymnasium.

Dorothy Montejo-Gonzaga is the first-ever elected female governor of Davao de Oro since its separation from Davao del Norte in 1998 as an independent province.

Gonzaga has provided a commendable public service for the people of the province. She was sworn in before Judge Cresenciana DC-Cruz, executive judge of the Regional Trial Court (RTC) 3.

A thanksgiving mass was first offered before the official swearing-in ceremony, followed by a rotation ceremony held at the Executive Building, provincial capital of Davao de Oro.

SET OF THE ARTS FEAST OF ILOILO | The Manila Times