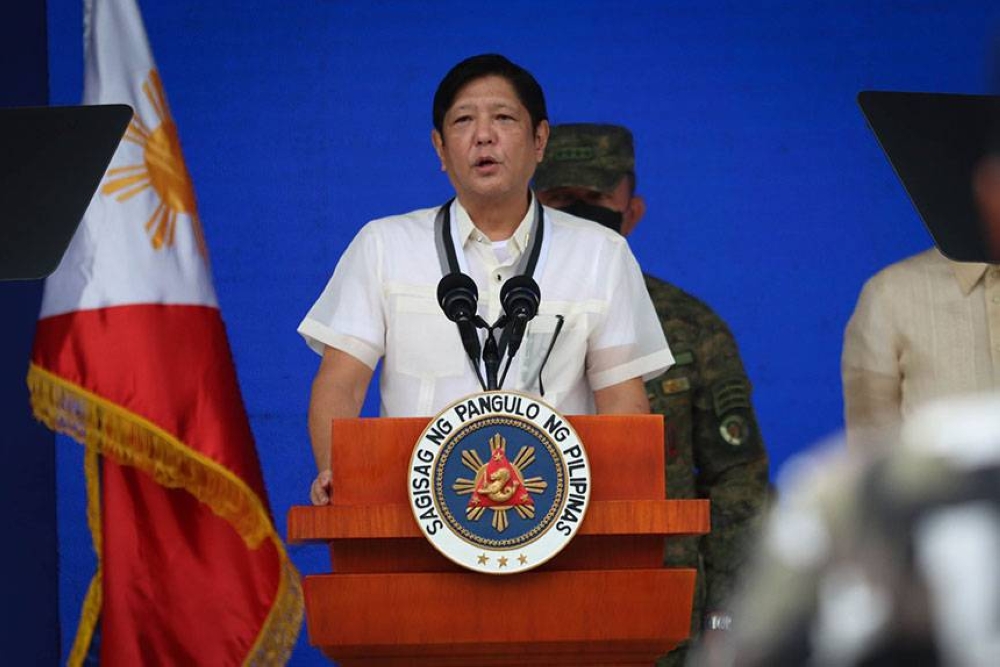 ONE of the comments heard about President Ferdinand “Bongbong” Marcos Jr.’s 24-minute inaugural address, or PBBM as it is now known, is that many ordinary people found that many of the words he was using were difficult to understand.

Many onlookers – who watched him deliver his speech outside the fence reserved for dignitaries and VIPs, mostly his ordinary supporters, in fact – wished he had used Filipino instead of English.

In fact, it wasn’t just the language that made the president’s speech somewhat alienating. It was also the prose and construction of his speech that may have amplified the sense of awe at the quality of his writing and delivery, but that may not have resonated well with many people accustomed to the simplicity of ordinary modes of communication.

But then again, it’s not just an occasion. It was his inaugural address and he addressed not only Filipinos but the whole world. He has promised to detail the details of his strategy for governing the country in his upcoming State of the Nation (SONA) address at the opening of Congress later this month.

What caught my attention, however, and some of us who dwell in the theoretical realm of political theory and philosophy, was how he painted his philosophy of governance, or what he thinks to be the principle that will frame how his government will behave for us, his citizens. He made that clear twice, first briefly earlier in his speech when he said: “I will need your help. I want to rely on it. But rest assured that I am not predicting success at the broad cooperation that is needed. It’s done.”

Later, he spoke more about it when he said, “There is also what you did to cope. But this time, thanks to new techniques and more resources. . And for that, I thank my predecessor for the courage of his difficult decisions. But there is a way to put more means and choice in your hands. I trust Filipinos. Imagine what you would get if the government had your back instead of dictating your decisions, always there to pick you up when you fall, give what you need to overcome a problem. Imagine if he invested in your empowerment to bring him closer to the possibility of meeting the challenges that arise. Imagine a country that, in almost every way, is you. Now imagine what you and the government can accomplish together. We did it during the pandemic. We will do it again. But again, I’m not going to base my promise on your cooperation. You have your own lives to live, your work to do, and there too I want to help. The government will do the same on its own without demanding more from you.”

These statements lay bare a philosophy of governance that defies textbook taxonomic classification. She couldn’t be liberal progressive or conservative, or both. He speaks of the empowerment of the people and the absence of government imposing and dictating to the people, which is the very core of the less intrusive small government imagined by the classical liberalism of Adam Smith and which now forms the core of political conservatism. of Conservatives in the UK and pre-Trump Republicans in the US.

At the same time, it also talks about the provision by the government without requiring the cooperation of the people, and would no longer impose a burden on the citizens. It gives the impression of a welfare state that many progressives imagine. It goes beyond what modern political liberals do, such as the American Democrats who are portrayed as indulging in taxes and spending, if imposing taxes is what President Marcos would view as an added burden he wants citizens are spared.

Already, there are voices of unease from advocates of good governance who value citizen participation and see it as an important element, in addition to transparency and accountability. They fear that the president’s tone will be misinterpreted as the harbinger of a state that will no longer value consultation. These are the people who continue to portray President Marcos as simply the reincarnation of his father whom they keep calling a dictator, and certainly the son’s wish that the government do it alone without the cooperation of the citizens can easily be circumvented. to conjure up a path to strongman rule once more. It is easy for them to conjure up such a thing, this time using the food crisis, pandemic and rising commodity prices to justify such strongman rule.

These apprehensions and the relatively confusing signals that the President’s speech evoked in relation to his philosophy of governance emerge due to the fact that it is simply an original approach and frankly requires further elaboration. But you can’t blame the president if he breaks new ground and pushes the boundaries of textbook theories and concepts. The complexity of the problems it will have to face may require a good dose of break with academic political economy and theories of governance.

But certainly, the president owes us further explanation for his political innovation of a government that will empower its citizens but not demand their cooperation and participation. He must clearly state how his government can do so much on its own while leaving its citizens alone and will not ask more of them. He must clarify what he really means by a government that will function without the cooperation of the citizens, and what the implications would be for his desire to achieve unity. Because, quite simply, achieving unity requires at least cooperation.

SONA should probably provide us with the answers to these questions. Its content, especially the details, should give us a glimpse of the president’s interesting innovation in governance.