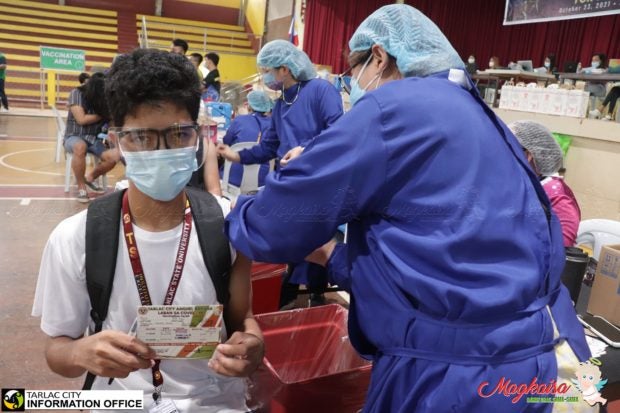 COVID positivity rate under WHO brand for 2 consecutive days

MANILA, Philippines – Vaccination, testing and contact tracing outside of Metro Manila should be stepped up to maintain the “gains” made so far in the country’s fight against COVID-19, OCTA said Research, an independent observer of the pandemic.

OCTA Research was referring to declining COVID-19 positivity rate, referring to the number of people infected among those tested, well below the World Health Organization (WHO) benchmark of 5% or less .

The Department of Health (DOH) on Thursday reported a positivity rate of 4.9%, still within the WHO benchmark for the second day in a row. This means that of the 43,357 people tested, 2,124 tested positive for the virus.

However, OCTA Research’s Ranjit Rye noted during a press briefing that the country has yet to meet its vaccination targets and the government should focus on provinces as the vaccination rhythm across the country except in the National Capital Region (NCR), remained slow.

â€œOCTA’s consistent recommendation is that the government maintain extensive tracing, testing and isolation. Also, we focus a lot on the NCR and places like Metro Davao and Cebuâ€¦ Vaccination is very high in the NCR, but quite low everywhere else, â€Rye told reporters on Thursday.

“We still have a long way to go. Only 35 percent of the target adult population have been fully immunized. So we are not yet where we are supposed to be. There is so much to do in terms of immunization.” , he added.

Based on November 10 data from the National COVID-19 Dashboard, 30.5 million Filipinos had been fully vaccinated, representing 36.5% of the eligible population, while 36.3 million had received their first vaccine.

A student gets vaccinated against COVID-19 in the gymnasium at Tarlac State University. (Photo courtesy of the Tarlac City Information Office)

By region, Metro Manila led the way with 88.1% of the target population fully vaccinated as of Nov. 2, while the rest of the regions lagged behind with vaccination rates of 39% and below.

The OCTA reported that the NCR positivity rate had already fallen to 3% as of November 10, the lowest since testing began during the pandemic. The positivity rates in the cities of Cebu and Davao are also down to 2% and 5%, respectively.

The WHO said a positivity rate of less than 5% should be maintained for at least 14 days, the maximum incubation period, to indicate that COVID-19 is contained in the country.

The efficiency of contact tracing improved to a ratio of 1:30 in Metro Manila, said Guido David, another OCTA researcher. This means that for each case detected, 30 close contacts are found.

â€œContact tracing is good right now. And the level of testing is appropriate for the population, at least in the NCR, â€David said at the same press briefing.

In May, the National Task Force Against COVID-19 lowered its contact tracing standard to 15 more “realistic” contacts per patient from the original standard of 1:37. This was when the actual contact tracing ratio was only around 1: 7.

Rye said the budget for contact tracing should be maintained until next year, as it is expected to run out soon.

â€œWe cannot have contact tracing without paying for contact tracers. It is an activity that calls for a specialized workforce. The government has to pay for it, â€Rye said.

However, the proposed budget for next year does not include any allocation for contact tracing. Virus case update