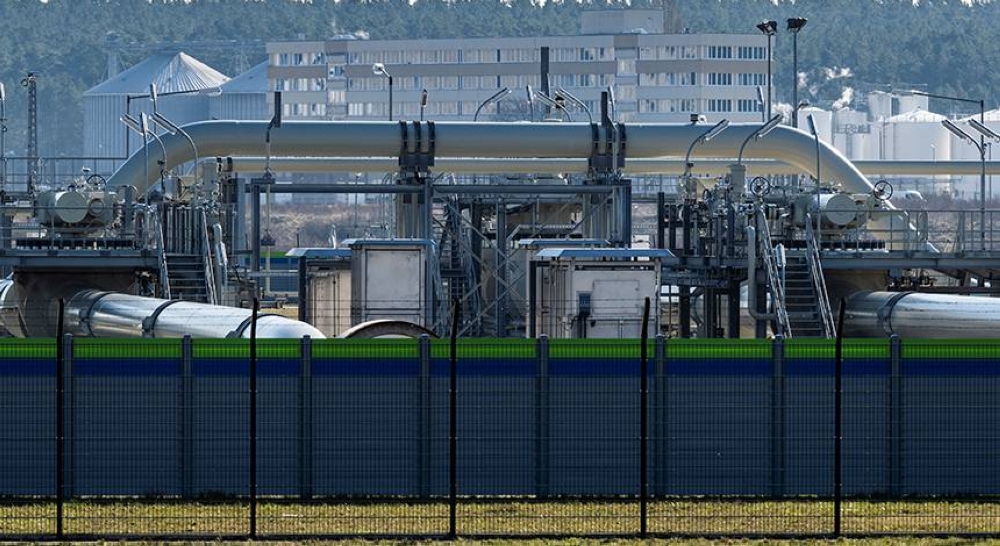 This file photo taken on March 1, 2022 shows a view of the Pipeline Inspection Gauge (PIG) ​​receiving station, the Nord Stream 2 part of the landing zone, in Lubmin on the German coast of the Baltic Sea, in northeastern Germany. A German army reserve officer has been charged with spying and passing information to Russian intelligence between 2014 and 2020, federal prosecutors said on April 1, 2022. The officer, named Ralph G ., is suspected of having provided information on German army reserves, “civil defence”, the impact of sanctions against Moscow in 2014 and the Nord Stream 2 gas pipeline project between Russia and Germany, the federal prosecutor’s office said in a statement. PHOTO FILE AFP

“While there were still doubts about confidence in deliveries from Russia, current events clearly show us that there is no more confidence,” said Uldis Bariss, CEO of Conexus Baltic Grid.

“As of April 1, Russian natural gas is no longer supplied to Latvia, Estonia and Lithuania,” he told Latvian radio.

He added that the Baltic market was currently served by gas reserves stored underground in Latvia.

The move comes as Russian President Vladimir Putin has sought to leverage Russia’s status as an energy powerhouse.

With its economy crippled by unprecedented international sanctions, Putin has warned EU members they should open ruble accounts to pay for Russian gas.

He said on Thursday that existing contracts would be terminated if payments were not made.

While the United States has banned the import of Russian oil and gas, the European Union – which received around 40% of its gas supplies from Russia in 2021 – has kept deliveries from Moscow.

Lithuanian President Gitanas Nauseda called on the rest of the EU to follow the Baltic’s example.

“From this month no more Russian gas in Lithuania,” he said on Twitter.

“Years ago, my country took decisions that allow us today to easily sever energy ties with the aggressor,” he added.

“If we can do it, the rest of Europe can do it too!