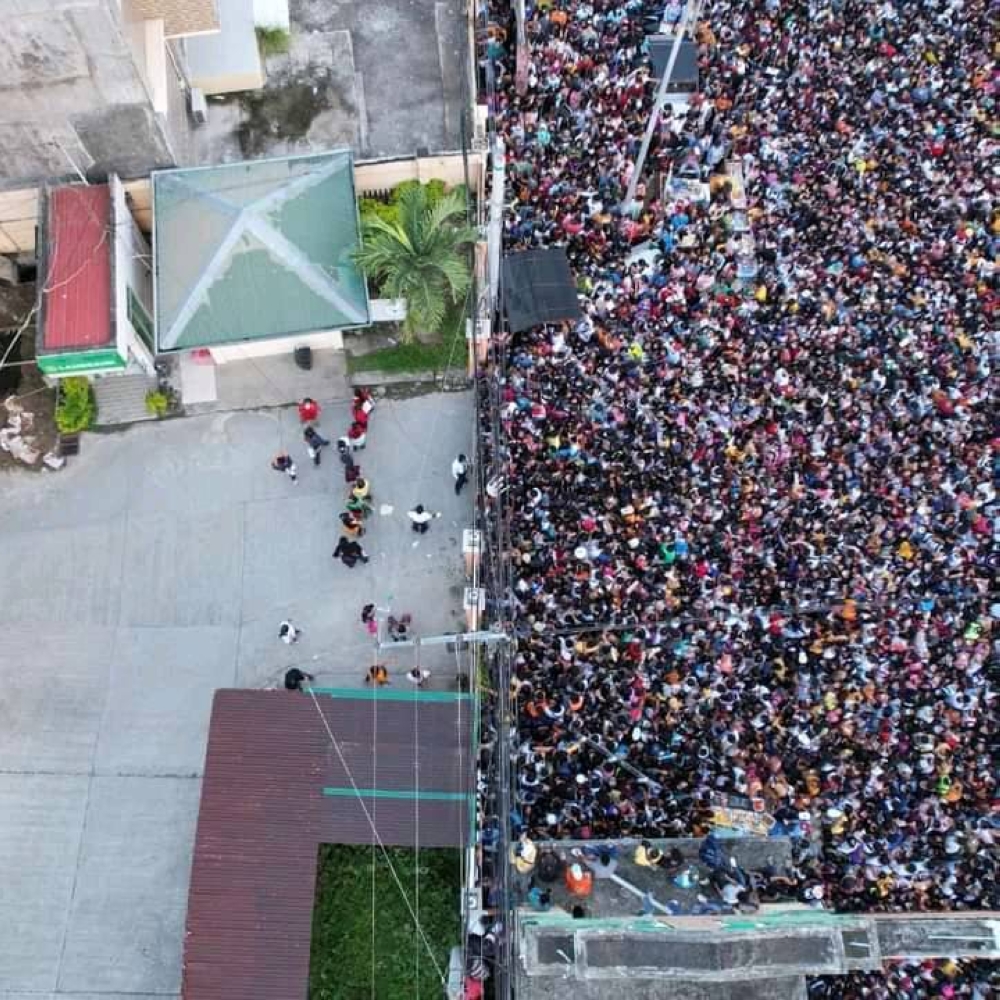 (UPDATE) At least 29 people were injured in a stampede on Saturday during the distribution of government aid to students in the town of Zamboanga.

The incident happened at the Zamboanga City Coliseum where hundreds of students and parents rushed to claim cash aid or education aid from the Department of Social Welfare and Development (DSWD).

Many of those who made it to the Colosseum came as early as Friday evening, but the mishandled distribution of financial aid led to chaos, with recipients jostling at the entrance.

City Hall confirmed that 29 people were reportedly injured in the stampede even as Mayor John Dalipe told “relevant agencies” to ensure proper coordination for a smooth and orderly distribution of cash assistance to DSWD beneficiaries.

Dalipe said the local government is ready and willing to support and provide the necessary resources to ensure the welfare of the beneficiaries.

It was unclear whether the event had been coordinated with Dalipe’s office or not.

Qualified beneficiaries were to receive up to 4,000 pula in cash assistance.

According to a police report, when beneficiaries who had waited outside for hours heard that the gates were about to open, they rushed in at the same time.

“The driveway slopes down, so what happened was they tripped and fell to the ground,” police officer Josen Samsula said.

Tulfo told reporters he had to call in riot police to stop people from pushing through the front door of his office in Manila on Saturday as they sought cash assistance.

He described them as “people in crisis” and said he was “sorry” the distribution program caused injuries.

The Covid-19 pandemic has worsened the financial misery of millions of Filipino families, who are struggling to find the funds to put their children back in school.

Many schools are preparing to have face-to-face classes on Monday, August 22, for the first time since March 2020.

The Philippines is one of the last countries in the world to resume full-time in-person classes.